- June 30, 2021
A brief overview of the latest legislation passed by Central Govt in simple language with no legal jargons. Hope it helps you or your known in case you need to take a property on rent or in the alternative, wish to rent out a property.   1.      Need for the new law: As on date more than one crore houses are standing vacant for many reasons :   ·          Old Archaic Law i.e. Rent Control Act of 1948 has not been amended since decades (land being a state subject, each state has its own Rent Control Act for example, Maharashtra Rent Control Act, Delhi Rent Control Act, etc ) ·          Lack of trust between the tenants and the landlords and the earlier law was more pro tenants, fear of landlords of losing the premises . ·          Lack of a  sound mechanism to resolve tenant-landlord conflicts apart from a really expensive and cumbersome lengthy route of filing a civil lawsuit. ·          Property owners generally in many cases also found it nearly impossible to e
Post a Comment
Read more

The Story behind Yours Legally

- June 21, 2020
The story behind Yours Legally: As far as my memory takes me back to my childhood, all I can remember is my intense love for writing. The idea of writing a book, my book, is a seed I was nurturing ever since I was a fifth standard student. Though I was extremely fond of academics, yet it was writing which brought me immense happiness and fulfillment which infact could not be expressed in words. I still remember the first time, my first articles, two hindi poems, “ Fir Aya Basant ” and “Pareeksha ke ek din pehle ” which featured in the same annual edition of our school magazine “ New Horizons” . It elated me immensely. Seeing my name out there thrilled me, more than that, creating something using words and my imagination brought me utmost satisfaction. While I continued to pursue my higher education, my dream of becoming an author remained at the back of my mind always. However, it was after I pursued law from Delhi University between 2007-2010 and thereafter landed a job a
Post a Comment
Read more
- April 22, 2019 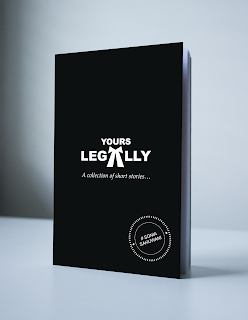 MY DEBUT BOOK YOURS LEGALLY ABOUT THE BOOK: To give you a small glimpse of what’s in store let me just say that the book has been narrated through the eyes and ears of my protagonist Sia, a budding lawyer who tried out every possible training opportunity she could lay her hands on before finalizing on where she wanted to be after she finished her graduation. The stories are a by product of certain incidents during her diverse experiences in the legal system as each one of them affected her and impacted her in some way and taught her something about life as well.   She sometimes did it for the sole purpose of beautification of her CV, but mostly she did it for the real and genuine motive of getting acquainted with the legal process, learning the nuances of litigation(court practice), the nitti gritties of the profession thereby enabling them to gather some experience beforehand itself. Sia explored the opportunities that came her way for all of the reasons above. Little did s
Post a Comment
Read more 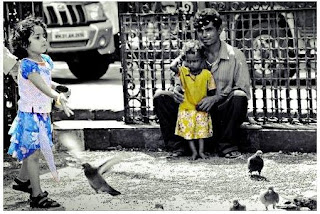 - June 24, 2016
CHANGING PEOPLE, CHANGING RELATIONSHIPS... I have refrained myself from talking and writing about this topic for a long time, but given the fact that a new incident or situation is told to me every other day, i cannot now hold my thoughts from shaping into words also because this particular thing affects not just me but many many people around me. that dreaded issue and topic is: changing people, failing relationships particularly marriages which are ending  sooner than expected in today's times. this is not something which has not been talked about and debated about in the society and in social media but despite the endless discussions, we all seem to have accepted that this is the fate of relationships today and i guess we are too busy and engaged in our lives that we really do not have the genuine concern for others anymore, there are two aspects in this article: let me talk about the first one  in a time when telephones and letters have been replaced by watsapp, hik
Post a Comment
Read more

Sonia Sahijwani Saini
A Law Graduate by profession, a writer by passion. Author of Yours Legally-a collection of short stories and Baby on Board-an ordinary couple's extraordinary pregnancy